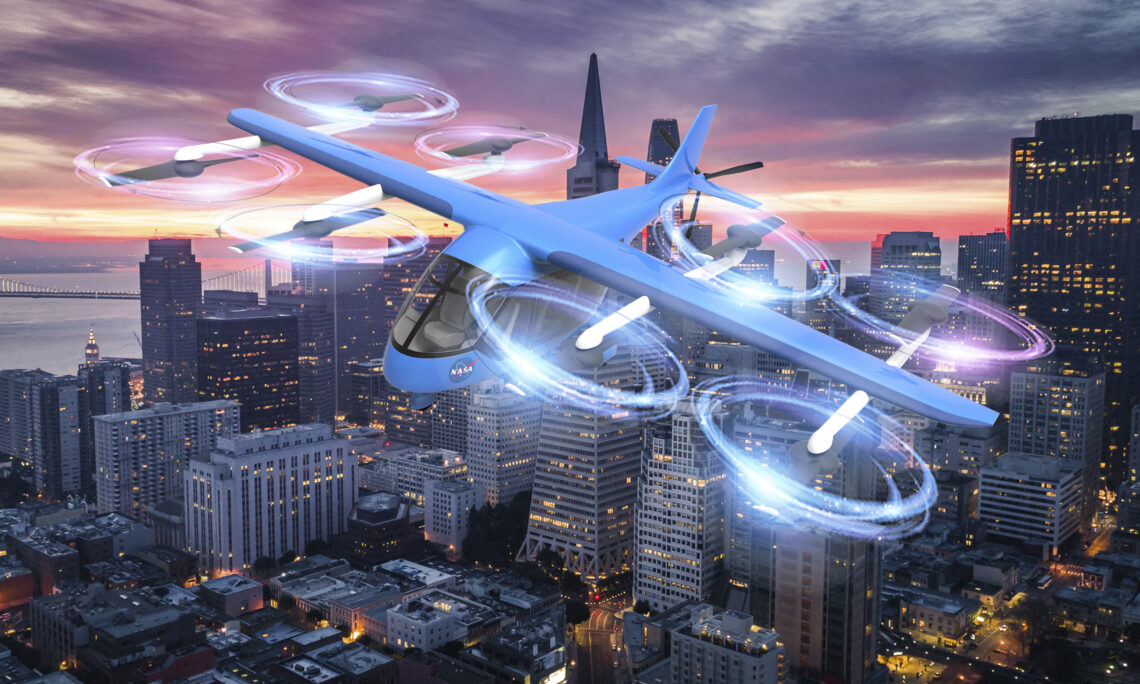 New battery designs that are safer than today’s models will be required to power tomorrow’s electric-propelled aircraft like the one shown in this illustration. A NASA research project called SABERS is testing new ways to combine both familiar and exotic materials to build that better battery. Credi

Dealing with battery issues on our phones, tablets, or laptops can be frustrating.

Although batteries are everywhere in everyday life, many still suffer breakdowns and failures. The minor inconvenience of needing to charge them more often could even turn into costly repairs or buying a new device altogether. Batteries in larger electronics, like hoverboards or cars, can even catch fire.

Now, with increasing emphasis on aviation sustainability, interest in using batteries to partially or fully power electric propulsion systems on aircraft of all sizes is growing each day.

So, the question is could there be a better way to build batteries that are completely safe and don’t fail or even catch fire?

A NASA activity called SABERS, or “Solid-state Architecture Batteries for Enhanced Rechargeability and Safety,” is researching how to create a safer battery by using brand-new materials and novel construction methods.

The goal is to create a battery that has significantly higher energy than the lithium-ion batteries we currently use. This battery also would not lose capacity over time, catch fire, or endanger passengers if something goes wrong.

“Instead of taking a battery off the shelf, we determined we needed to develop a battery from scratch that would be tailored to the unique performance requirements of an electric aircraft,” said Rocco Viggiano, lead SABERS researcher at NASA’s Glenn Research Center in Cleveland.

As opposed to many batteries today, the batteries SABERS wishes to create don’t have any liquid in their design. A fully solid battery has less complicated packaging, lowers safety risks, and can withstand more damage than a battery with liquids inside it.

The project has examined using a unique combination of the elements sulfur and selenium to hold electric charge.

“A solid-state sulfur-selenium battery is cool to the touch and doesn’t catch fire. It has a slimmer profile than lithium-ion batteries and has better energy storage. It can take a beating and still operate, often in less than ideal conditions,” Viggiano said.

An additional benefit is sulfur being a byproduct of oil refining. There are stockpiles of the element worldwide that are accessible and just waiting to be used. With some imagination, this waste product can be turned into something that powers environmentally friendly vehicles.

Imagination is another aspect of SABERS.

The project seeks to use elements that have never been combined before to form a battery. For instance, a NASA-developed component called “holey graphene” (named for the holes in its surface to allow air to pass through), has a very high level of electrical conductivity. It is ultra-lightweight and environmentally friendly.

“We exceeded our goal. With more development, we can improve that rate even further,” Viggiano said. The project’s goals and successes have attracted the attention of companies such as Uber and several other companies interested in manufacturing vehicles for future Advanced Air Mobility environments.

The next step for SABERS is to run the battery design through its paces. This will include testing how it works in practical situations, making sure it’s safe, and gathering data on its performance. If successful, the design could be optimized even further.

Current battery research is mostly oriented toward the auto industry, whose safety standards are generally less restrictive than those required for aviation applications where the batteries encounter more stressful environments.

SABERS wants to help set that new, higher standard for use in aviation by proving that making safer batteries is both technically feasible and economically lucrative.

What requirements should these solid-state batteries meet? Based on an analysis of what might be needed to operate a practical electric aircraft, the five considerations SABERS focused on were safety, energy density, discharge rate, package design, and scalability.

Essentially, these batteries need to be safe above all else. They also need to hold an enormous amount of power and emit that power efficiently. They should also have a slim and compact shape and be developed with the most detailed and thorough approach possible.

Ultimately, SABERS is determining the feasibility of safe batteries for electrically propelled airplanes. If successful, these innovations could help enable a new era of power storage for future air travel.

SABERS is part of the Convergent Aeronautics Solutions project, which is designed to give NASA researchers the resources they need to determine if their ideas to solve some of aviation’s biggest technical challenges are feasible, and perhaps worthy of additional pursuit within NASA or by industry.

Selected to be a two-year activity that began on Oct. 1, 2019, interruptions in the pursuit prompted by the COVID-19 pandemic may lead to an extension, although nothing has yet been decided.