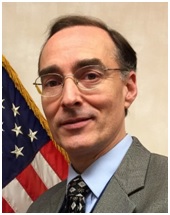 A career Foreign Service Officer, Chuck has served in Poznan, Warsaw, Singapore, Geneva, Riyadh, and Tel Aviv.  His overseas work has centered on economic, energy, environment, S&T, health, and security issues in bilateral and multilateral settings.  In Geneva, Chuck represented U.S. interests in the World Meteorological Organization (WMO), the UN Economic Commission for Europe (UNECE), the UN Environment Program (UNEP), and numerous multilateral environmental agreements.  Across these UN bodies, Chuck advanced reforms of governance, management, oversight, and ethics.  In Washington, Chuck served in the Office of South Central European Affairs during the Kosovo crisis of the late 1990s; in the Bureau of Energy Resources managing energy relations with China, South Korea, Japan, and Taiwan; and in the Office of the U.S. Trade Representative (USTR) managing trade relations with Algeria, Morocco, and Tunisia and participating in U.S.-European Union negotiations of the Transatlantic Trade and Investment Partnership (T-TIP).  Chuck earned a Master’s Degree in International Management from the Thunderbird School of Global Management in Glendale, Arizona, and a Bachelor’s Degree in Philosophy from the University of Texas at Austin.  He speaks Polish and French.